Our Need for Open Space 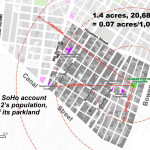 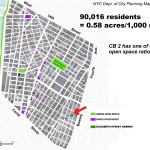 Why is the Garden is important to our community? Neighbors and local business owners tell us why.